The Titles can be “output” as “headline” (which is I think what you mean by “title case”), sentence case or leave it as it is… There is also an option to cap all words when you select the field in the record view (which isn’t perfect because it caps all words including articles).  The settings for editing the output style are illustrated in the attached screen shot. 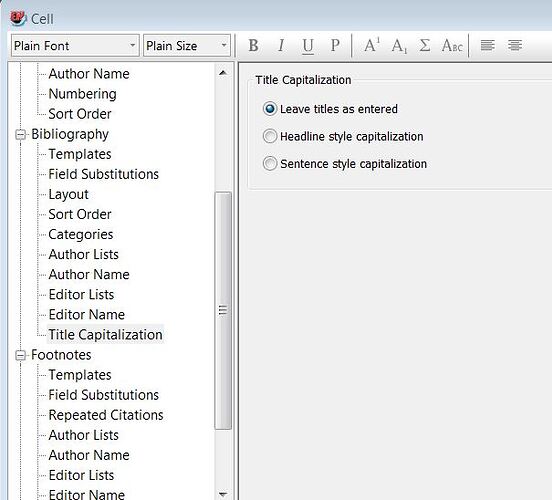 Thanks for that Leanne, and yes headline case is the same as title case, so it will be useful.  However, it would be more convenient for me if the option was near the plain font selection.