My problem is that those two references are formatted as if they were the same. So, if I have a first footnote with the first reference, and a second with the second reference, the first one appears fine (“Pfister, Theory of Drama, vol. 1 (“Theory”), Oxford, University Press, 1970”), but the second one appears

– if it is a consecutive citation, as ibid.

I would like to get the whole reference, as I haven’t quoted it already (“Pfister, Theory of Drama, vol. 2 (“Practice”), Oxford, University Press, 1970”)

It’s only a problem in the footnote template : bibliography is OK.

Is there a way to get around this without deactivating the short format and the specific treatment of consecutive citations (which I need in other cases) ?

I tried to check or uncheck all the fields in Preferences>Duplicates, but without success…

Whatever I do with my style settings (Footnotes>Repeated Citations), I cannot manage to show the right volume number for the second reference.

Thanks a lot for your help !

see image attached for the setting to try. 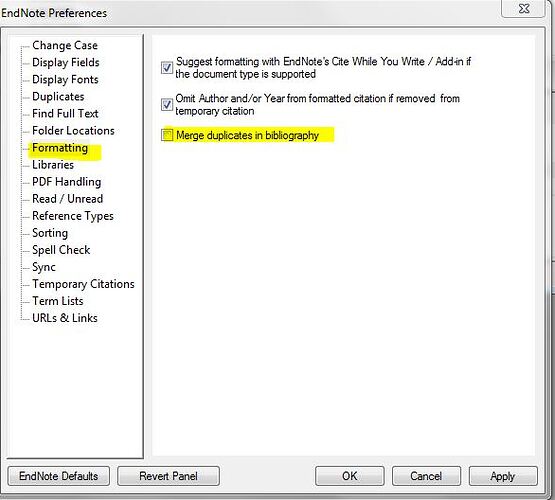