in text citation not displaying properly but references is okay/correct

I’m having a problem with the in-text citation. But when I go to my references page, it’s fine. Only the in-text is not displaying properly.

In particular, I want the in-text citation to be as follows: ‘Golec de Zavala’ as that is her last name. It’s fine on the reference page though.

Unclear if:  1) this is a problem for all citations having multiple authors or just Agnieszka  Golec de Zavala; or 2)  how Agnieszka Golec de Zavala  was entered in the Author field;  but you could:

Oh, hmm, I’m only seeing this for Golec de Zavala, A. thing. I never had this problem before. Usually, it will just pop up nicely. 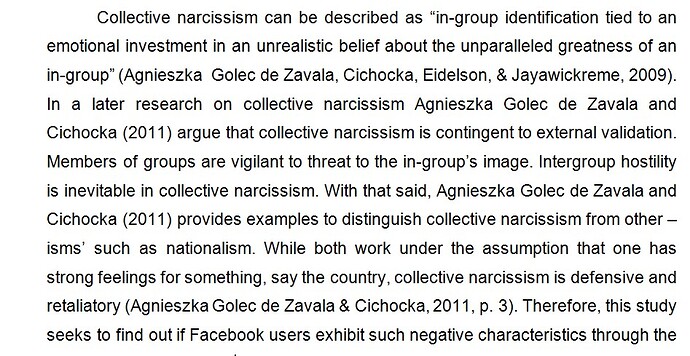 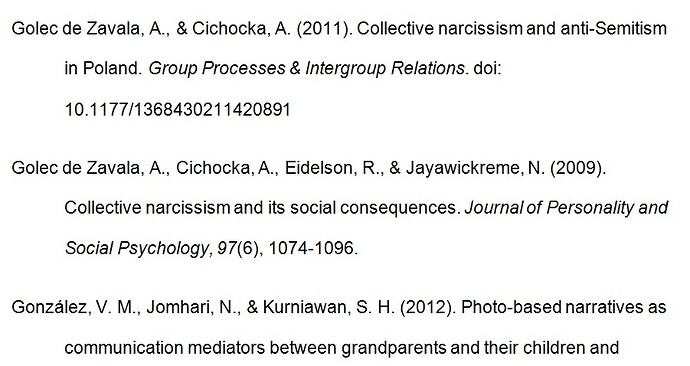 You have two references where Golec de Zavala is listed as the first author.  Presumably this is the same person?  If so you might check the Author field in the record generating the Agnieszka  Golec de Zavala  citation as there’s something like a blank space which is causing EndNote to treat this as being the work of a different author.

If you can’t locate the difference try copying and pasting the author’s name from the other record which generates the correct citation.