Reference appears in bibliography but not in EndNote

As it says, I have a reference that shows up on the reference list in my document, does not conform to my selected style and is nowhere to be seen in my EndNote library. I need this reference in the document but cannot find a way of editing it becuase it doesn’t appear in the library.

Any help is appreciated.

It was probably inserted and then deleted and now is in the “traveling library”.  If you right click in the citation itself and “edit citation” >more…, then it will show you the references and their source, as in image one below.    I forced one of my refs to show as “traveling library”.

You can’t directly edit those, (even though the option is there when you click on the blue circled dropdown in image 1, if it is in the library open, it will open the reference itself, otherwise it just jumps to the open library) but you can export the traveling library – (dropdown circled in image 2)  to a new library and import that library (with discard duplicates on -developers SUGGESTION, why not have a way to export just one “travelling library item” into the current library?)  and now it will appear in your library.  You might have to replace the travelling version with the newly imported version though. 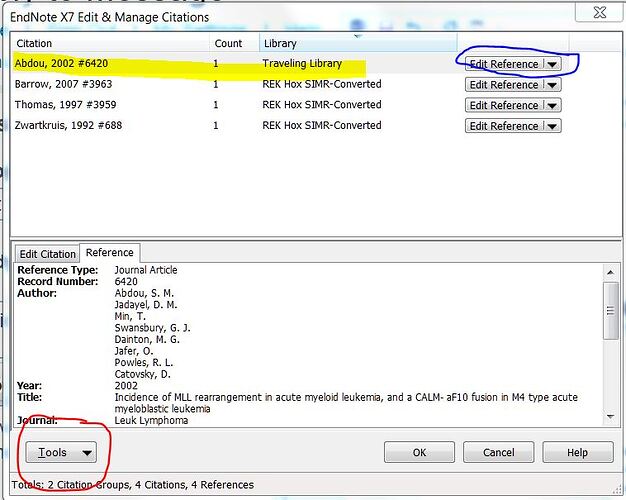 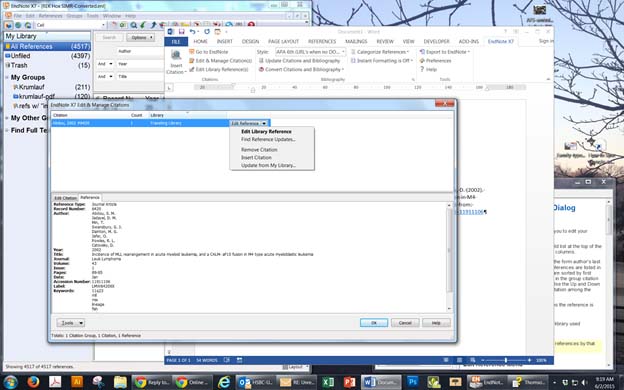 Thanks for that. In the mean time I actually found it in my deleted items, yet it was still appearing in the text.

Once inserted – it will – because it IS in the traveling library.  deleting it from your library will not delete it from the document.