Reference listed in bibliography which is not cited in document

Are you using an “author, year” style or numbered?  If Author, year, try switching to a numbered, in order of appearance (Science or Nature)  (which will also delimit the region that the citation is hidden).

I am not sure where “Edit Sources” dialogue  is – in windows, the ribbon option is to edit and manage citations - see attached image with the option circled.  The extra record should show up in that list too - in my image, I edited the citation to be hidden)  and you can delete it from the drop down at the end of it. 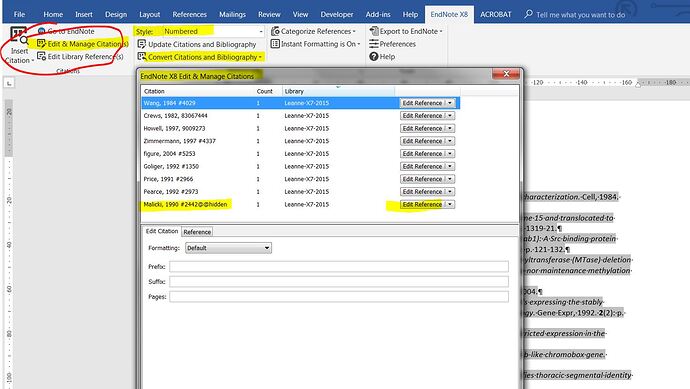 Thank you! That fixed it. I was talking about the “Edit and Manage Citations” window and didn’t see it in there because of how it appeared, but did find it with the @@hidden and verified that was the cause of the problem.