I am working on a very long document with a large amount of citations.  Multiple chapters, bibliographies for each section.  While editing, I have found that Word 2010 no longer recognizes the hundreds of citations I have already entered.  It adds new citations as if I am just starting the bibliography.  Right clicking to edit an existing citation doesn’t show it in the list.  Converting to unformatted doesn’t change any of the existing citations.  I still have the bibliographies of the existing citations, but they do not update.  They don’t seem to even be recognized by Word/Endnote at all.  If anyone has any suggestions, I would be very grateful.  I do not have time to redo all 500+ references in the text.  No idea how long this problem has been present, and I have dozens of previous versions.

Has the document been opened by anyone else?  Particularly in another word processing program like OpenOffice. That will wipe the fields from the document.

If you have an older backup version of the paper, unformat that to unformated citations and do a compare and accept the new items except for the numbered citations, which you would reject keeping the endnote temp citation.  – Then you only need to fill in those that are newer than the early version (which might be those that are already in there).

If no backup, then there are tricks if you know what number goes with what references.  Still laborious, but possibly not as laborious as replacing them all manually.  How may references are we talking about - and it sounds like a numbered rather than author year citation format?  I have for example, dragged the citations into a new library in the order they appear in the reference list, and then search and replace the number [ with {# and] with }  - then format them with the new library.  You might want to actually format them to a citation style that you create that does the [Author, Year #RecNo]  so you get the full citation (but you have to turn off a preference as shown in capturex attached).  and then you can accept all field codes (convert to plain text) and reformat after changing your temporary delimiters to square brackets in the bibliography menu (see second image attached).

Sounds a bit more complicated than it really is. 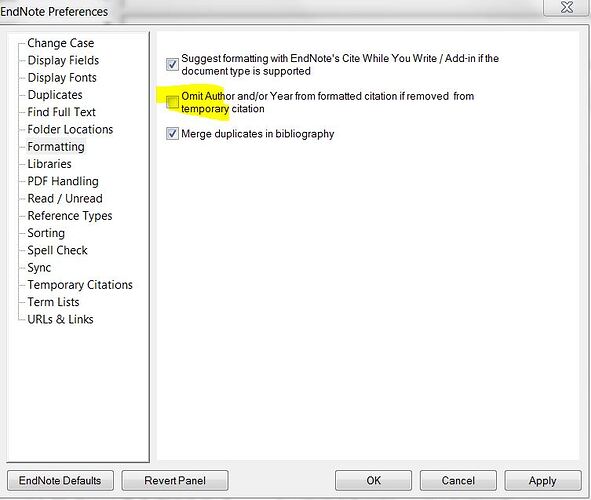 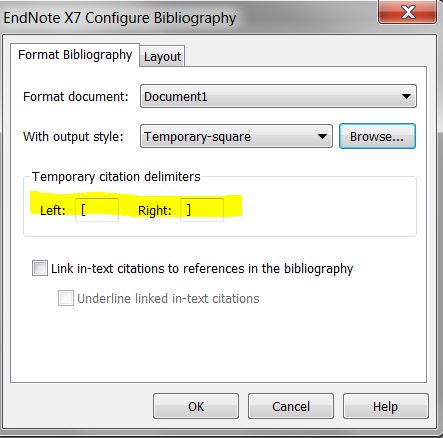