I have some references imported, and the Journal name shows up in ALL CAPS.

I went in and manually changed the Journal name and undo ALL CAPS.

In the reference entry page, it shows up as not ALL CPS, but in the output it still shows up as ALL CAPS.

Does anyone know how to undo the ALL CAPS?

Went into where to manually change?  If in the bibliography itself, that won’t work.  It is coded in a field and will replace it with what is in your endnote library.

If in the library itself, it is possible that this all cap version has been incorporated into the Journal Terms list and is now being used to replace the journal in the record?  See http://endnote.com/kb/82228 for explanation and how to use it to your advantage.

I also suggest turning off the defaults in preferences, terms lists as shown in the attached image, so the terms list isn’t incorrectly updated in the future. 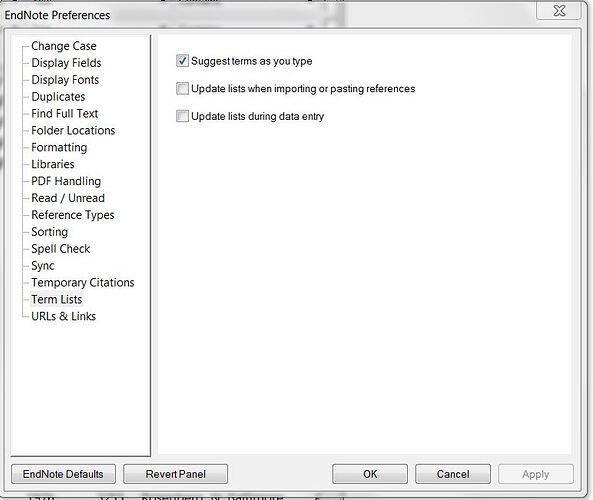