cite while you write - document sections

I am using Mac OS 10.7, EndNote X4, MS Word 2011 (14.23). I’m compiling my dissertation into a single, multi-chapter document, and I’d like to know if there’s a way to re-set CWYW in the different sections in Word? By which I mean, when setting up new sections in Word, it’s possible to reset page numbers, headers, etc; is there an equivalent setting in EndNote so that “first citations” can be full citations again at the start of the new chapters?

At least in X6, there is an option to restart numbering within each section.  See the attached image.  I don’t have x4 on a computer right now, to look and see if this was there in the older version. 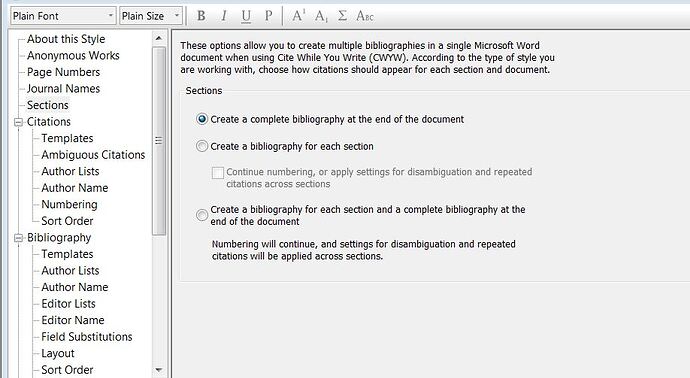 These same options are available with the Style Editor in EndNote X4 for the Mac.