1) There is no Linux version of EndNote, there are only Macintosh and Windows versions.

2) While it is possible to run EndNote on Linux using WINE, this is not a supported way to run EndNote and Thomson Reuters will not be able to provide technical support.

3) You will not be able to use Cite While You Write with Open Office.

the CWYW extension works with Word 2007 pro. But it is only inserted.

Screenshot 5 shows the extension. However the connection with EN X5 in Word 2007 doesn 't work and yields this curious notice  :

(Translated : No source of error avaible! )

More infos in due course. 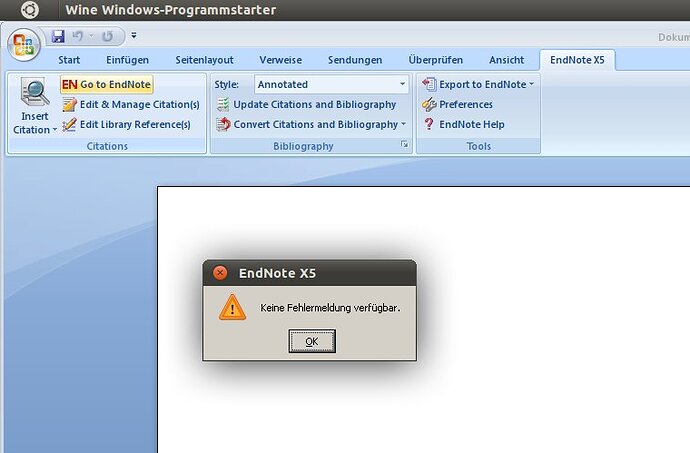 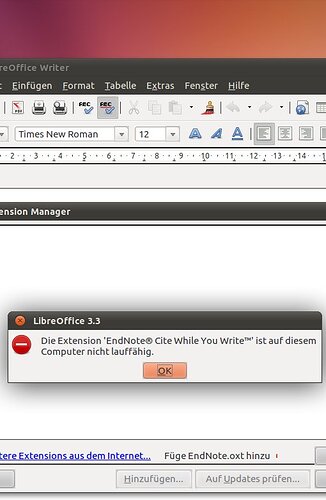