How can I make my citations appear at the bottom of each page (similar to footnotes) instead of at the end of a document?

I need to write (in MS Word) a document in a style similar to J.Amer.Chem.Soc. - where the bibliography is NOT at the end of the document but the reference appears at the bottom of the page where it is first cited. I do NOT want a footnote (also the format looks like footnotes).  To make myself clear, I include an example of what I want.

I have found several references to this in the discussion forum, and it was suggested that one inserts a separate footnote for each reference.

This sounds like a very cumbersome procedure.  Is it not possible to do that with the EndNoteX3 tool in word directly to do this? 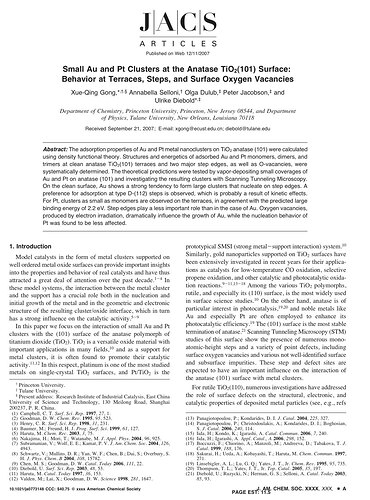 That is what a footnote is:  A note at the foot of a page?  Those are footnotes in the example you show.  Why do you think they are different?

I guess I am not sure about the nomenclature. What I want, however, is that each reference appears as a footnote instead of in a bibiiography at the end of the document.  Would you know how I can do this using Word and Endnote?

You need to chose a style that is footnoted, rather than citation.  Normally,  to generate footnotes, you need to insert a footnote with word and insert your citation in the footnote.  You need to set up footnotes (which I think is default behavior in word) to the bottom of the page.

However, in this thread, Miriam provided a macro that would convert conventional in text citations to footnotes, which many have used and found to work for them, so if you wanted to create the document with in text citations using any style you wanted.  Then, you could, and use this macro to convert them at the end and identify the correct output style to get what you want.  i.e. footnotes only without a bibliography.