Inconsistent output styles in one document with only one library

Hopefully someone can help - so far I searched the forum and tutorials, but could not find a solution to the following problems:

I’m using Endnote X6 in Mac, and for the first time after years it happened that when inserting citations in my word file, some references appear with a different output style than others, even though it is the same style applied and one one library:

Any suggestions how to fix it?

Any help for these issues would be highly appreciated.

Thank you very much in advance!

The first problem I could solve myself by checking the format for ambiguous citations - and voilá, I unticked “Add more authors until citation is unique” and the problem was solved. The other two questions still remain…

Thank you once again in advance for any advice.

What output style are you usuing?  Can you attach it here, especially if you have modified it?

For 1)  Endnote maybe following instructions on how to distinguish ambiguous citations.

Have you edited them from (Author, year) to Author (Year) format?

I am not sure of the other problems without looking at the actual document.

Wow, I wasn’t expecting such a fast reply at this time! I hereby attach a file; one citation always appears in Arial (in text and in the bibliography. I re-read the thread about formatting styles a couple of times, but unfortunately did not get to the solution yet…

Thank you very much! 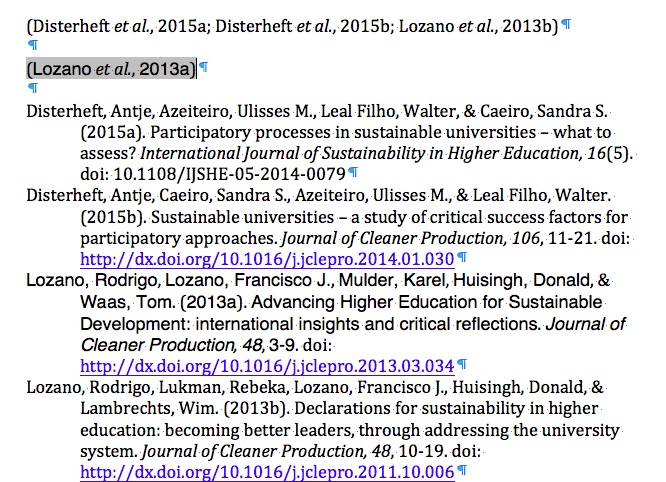 Ah, sorry, I use APA style as output style. And yes, I believe some years ago I modified once a reference list, but I have not understood yet how to undo any modification or overriding that might have happened… I would like to return to plain text.

Can you edit the documents name to end in .txt rather than .doc and attach it here.  Then I can look at it (after renaming to .doc or .docx  - you tell me which).

Have you copied that record’s information and accidentally includeed text formating in the endnote record?

or PM me (click on my name and send me a private message, and we can communicate in the “real world” by email?

Here is the knowledge base article on ambiguous author settings in APA.

Thank you I just sent you a PM.

yes, the ambiguous citation I could already solve yesterday, thank you anyway!

Now it’s only about the different fonts…

I saved the file in .txt and send it attached.