I don’t know if there is problems with the style, or my EndNote/Word’s settings?

I just downloaded the Desalination style and it does have the Journal article and book titles.  Have you made sure that the document selected style has been changed to the newly downloaded style. Selecting it in endnote  is not enough.  You need to “Format bibliography” and change it for the manuscript in question.

Thanks alot for the answer. 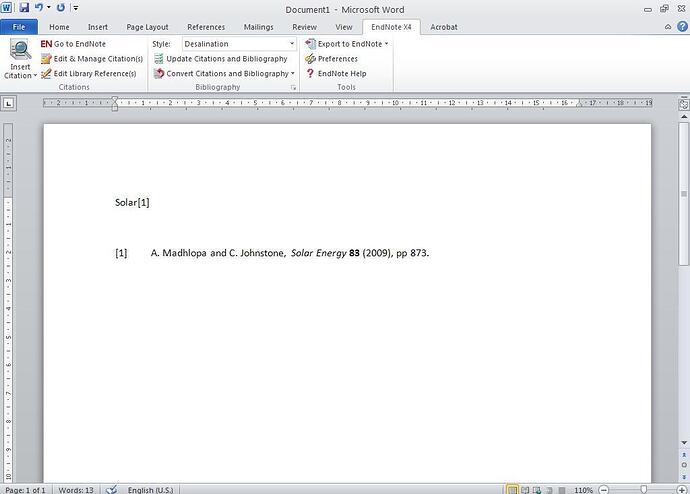 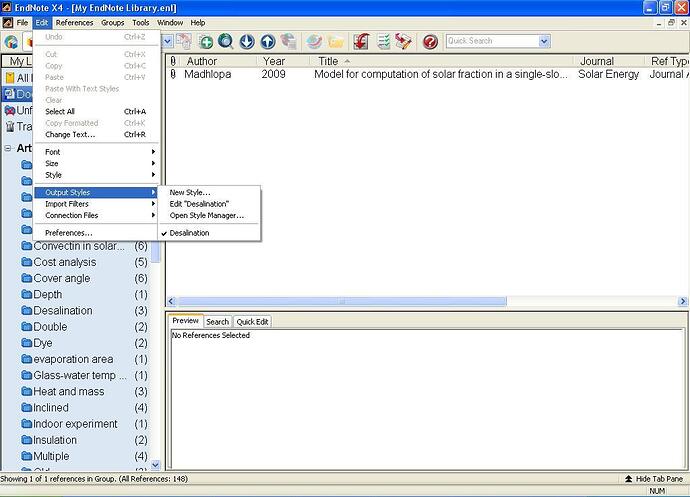 Okay,  I see that the version I downloaded from the endnote websote is dated March2010 and is different from the one in the installed styles folder on my computer, that came with endnoteX4.  Try this one?  But I also note that it doesn’t have italics and bold.