Apologies if this is an existing feature that I’ve simply not found - but for me, a really great feature would be a “recent references” feature.  This would be a list of references that I have inserted into a document recently, so that I could easily find them to use them again either at a different time in the same document, or in a different document.

I find that when I am composing I may insert a reference, and then later, or the next day, want to insert that same reference somewhere else.   It is time-consuming to search for it again in my library - but would be much faster if I could just click up a list of the last number of references I inserted.

You can see the references used in the current document as a temporary group (See attachment for an unsaved document with inserted reference).

I guess they would need to figure out a way when a reference was “touched” to have it show references used recently in other documents, but it isn’t something I would hope for, adding even further complexity to a bloated software with ratings and read/unread features most of us turn off. 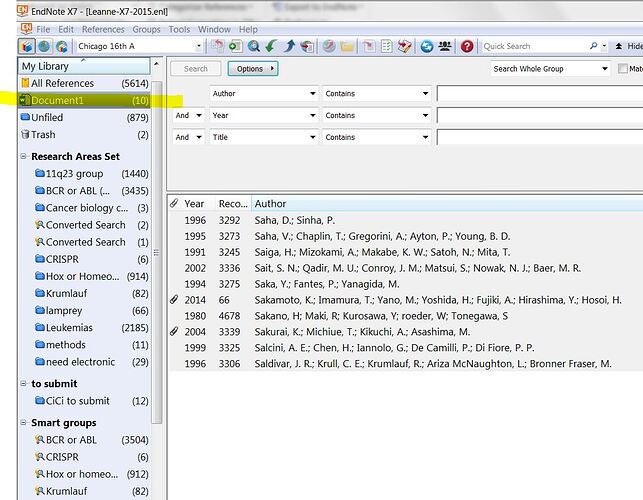 Awesome!  Thanks!  I never noticed that current document before (snake would have bit me ;-).

That will take care of 80% of it - cross document stuff is a more minor issue for me.