According to the EN X4 Help, the EN X4 extension in L.O. Writer can be loaded as follows:

-In the file dialog, navigate to the folder : Program Files/Common Files/ResearchSoft/CWYW14

-Exit Libre Office Writer and then restart it.

I was able to install LibreOffice 3.3.0, then use the Extension Manager to successfully load the “EndNote.oxt” Cite While You Write add-in file.  After loading the add-in, then closing and reopening LibeOffice Writer, the EndNote X4 Cite While You Write commands seem to function properly.  Are you still using a beta version of EndNote X4?

thank you very much for your answer and comment. I am still using the commercial version of X4 (e.g. patch geupdated to X4.0.1 /Build 4997 and bought last year) with licence key. As beta tester I  bought  the new version because the last  beta version (X4) was not activated with the eternal  99999…  like previous versions.

The CWYR commands are working properly  in my computers too.

I started  EndNote beta testing with Endnote Plus 1.2 (see Attachment) several years ago. 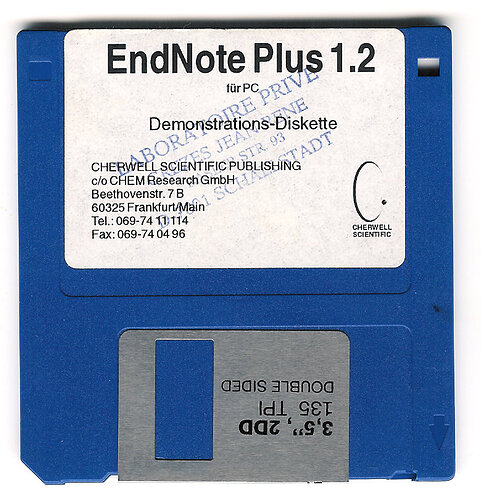 I have both OpenOffice 3.3 and LibreOffice 3.4 installed.  EndNote works with both, following the instructions up top but ignoring the part about uninstalling OpenOffice.

I’ve been using CWYW for a couple years on a Mac with MS Word and can’t deal with the crashes anymore. I need CWYW to work with Libre Office.

Can someone help me? When I browse for Endnote folders, I find nothing like the Program Files folder mentioned in TRENSOFTY’s post.

If you are on a Mac, these steps won’t help you at all. The EndNote tools were designed to work with the Windows version of the 3.X version of Open Office (the tools were not updated for the 4.X branch). The Mac version of OpenOffice is not compatible in any way except using format paper.