Citations must be formatted to use the Edit Citations tool.

I am using a paid version of endnote X8 ( just purchased it 2 days ago) with Microsoft Word 365 pain version, on Macbook pro

{Osenbach, 1990 #512} although the - instant formatting is on and on tool also i tried to edit the reference the following message appear

This document does not contain any editable citations.

Citations must be formatted to use the Edit Citations tool.

can I know what is  the problem and how can I solve it, please

Is it possible that your endnote preferences are looking for a tempory delimiter that is different than the default curly bracket?  You can check in the edit bibliography menu (just for that manuscript) or Endnote preferences (for all manuscripts) settings.  Both are shown in images attached. 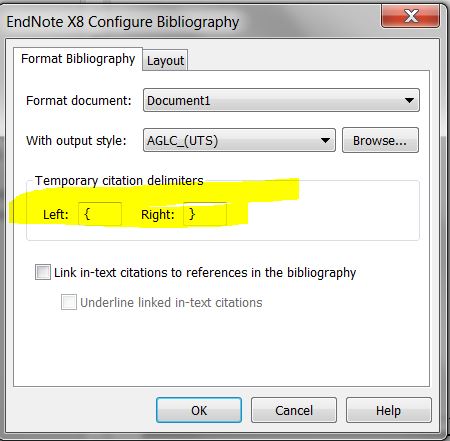 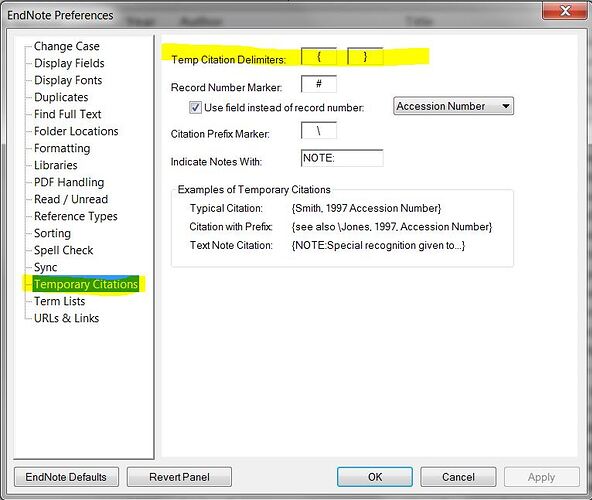 thank you for your reply

I checked it, it looks same as appear in the captured pic that you sent, so what to do?

A COM exception has occurred

There are quite a few knowledge base article on Com exeptions.

Have you installed Mendeley?  https://support.clarivate.com/Endnote/s/article/EndNote-Cannot-edit-Range?language=en_US

if not, check out some of the others

Yes, I note you say you were trying to “edit citations” but first you need to format them – “update citations and bibliography” but if you are getting that com exception, you need to figure that out first.

Hi…i got the same problem… How we can edit that citation into plain text?

However, this just let’s you edit a citation that is unformatted and you would later have to format your citations if you would like to have the citations automatically appear in your bibliography for example. The manual edits would then “transfer” to the now formatted citations. This method could be used to faster edit your citations if the bibliography of the document is quite extensive and it takes a considerable amount of time for the citations to be formatted.

This may or may not be an answer to your question, depending on what it is you would like to edit with the citation and to what purpose.