How can I force my computer to use my custom created export settings? I tried to close the libraray and to restart EndNote, no successs.

I am not quite following your problem, but have you modified and then saved it as the exact same name (deleted the “copy” part automatically neamed)?  If so - that might be the problem, as (at least on windows) modified files are saved to a different place, and endnote looks in both places for the new files.  If the exact same name is located in the two different places, Endnote can’t distinguish between them and the program tends to pull the “default” rather then the modified file.  Save as to a new name (doesn’t have to be the automated “copy” added name, can be any modified name) and then change to use that newly modified file, and it should work?

no I changed the name in the way I added a APA at the end (instead of the copy). To do the export, I’m using the BibTex Export APA I created but the output is not like it should be. When I use the same config on a other computer, it is working.

I’ve removed now the BibTex Export style from the EndNode installation folder and tried to export my library using my own created BibTex Export APA (see attachments) but it throws an error. That tells me that it was still unsing the BibTex Export although I told the programm to use my own one. As I said, this style is working on other computers! 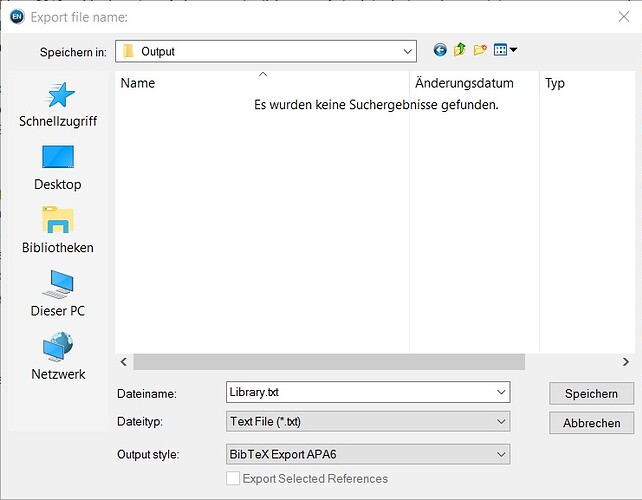 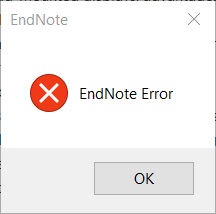 and have you tried opening it and saving it from endnote on this machine (to a new name).  I think you might have to call tech support.  Hard to solve this kind of problem without one of us sitting next to you.  -the international support numbers are here: http://endnote.com/support/international

I’m having this exact problem!!!  How did you fix it??

after much messing around I solved this.  If you go to the folder where it saves your custom styles (mine is under My Documents\EndNote\Styles) & change the name of your custom file to BibTeX Export.ens, it overrides the standard BibTeX export style with your custom style.  They have to have the same filename for it to do this.  No idea why it keeps wanting to use the standard style even when you tell it to use your custom one with a different name!  This workaround seems to do the trick though

To ensure it uses your modified one, you might also want to go into the program folder endnote filters folder and rename the orginal one, so it doesn’t grab that one by accident. (but I see you removed it already, but just incase someone else is following your lead).