In a current document my footnote is coming out like this:

Footnote citations set for “same as Footnotes” If I change this to “same as Citations” (where I have “Author (Date)” it works (even though this is an EDITED book.

Any ideas why it refuses to format correctly using the Footnote (same as) settings?

I would look at how the authors are entered in the library record.  Do you have authors all on the same line, rather than one per line?

and are there only the 3 authors?  I suspect that it is because the footone editor list is defined to be et al for 4 or more, and that is 3 and the rest of the settings for author spacing aren’t set correctly in the editor lists setting.  Compare the templates for =Bibliography  and footnotes for these Editor lists settings.  - citations doesn’t list the editors in the citation - or treats it the same as the authors I guess.

A way around is to Format citaions in fns / Same as Citations. That works. But I don’t get why the current settings don’t. 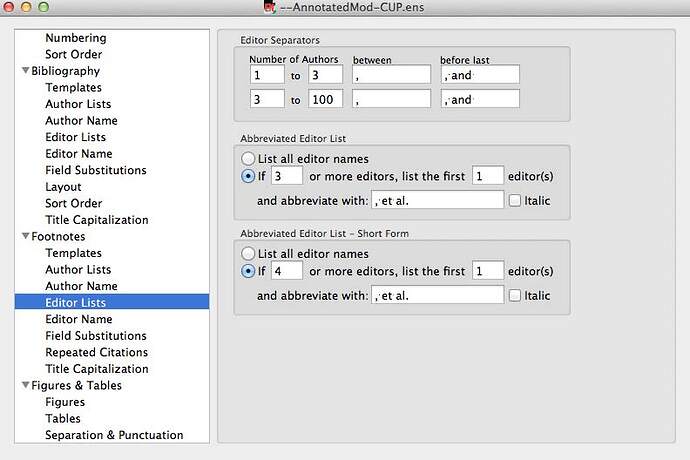 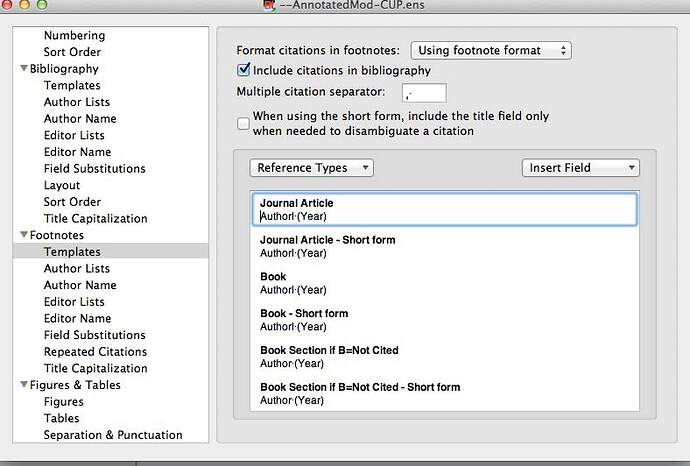 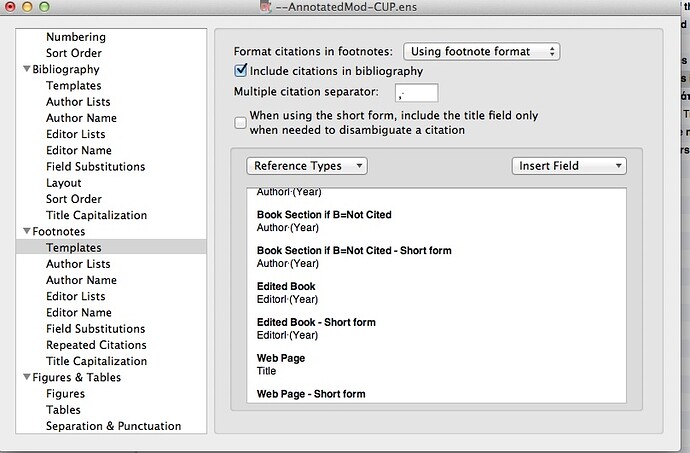 I just realized that though the item is an Edited volume, it is being controlled in the template by the Author settings in Footnotes. So, first, why is that the case? Second, I’d like to set it up so that 3 authors and / or eds. get listed (A, B, and C); if more than 3 then: A, B, C, et al.

I thought I’d control this by setting Number of Authors from 1 to 2, between [nothing], before last (ie second): [nothing]

Numb of authors: 4-100 (but no other settings needed, because Abbrev. settings would kick in here at 4 or more.

That’s not what I have showing in the Template images, I know; but they weren’t producing good results either.

The only other way to get what I want is to pretend authors are editors, and set things from that setting accordingly. confusing!

I think to get what you want (once you figure out where),

Then for long 4 or more, show 3 and then the et al,  – and decide if you want something different for the short form (subsequent footnotes with same ref).

Don’t have time to test right now and attach screen shots as I have to go to  a meeting.