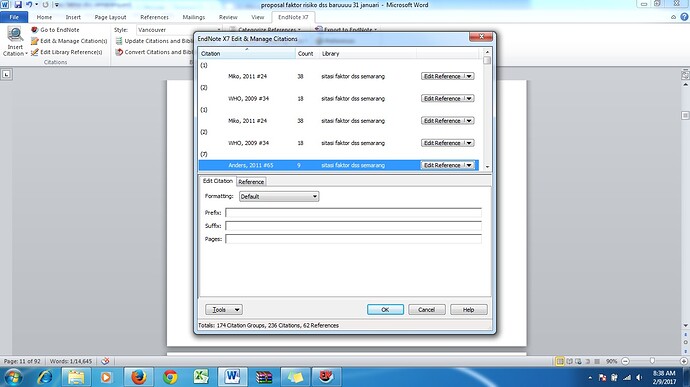 That is a new one on me.  Can you share the document and output style if you have modified it at all - maybe via a google or dropbox folder?  Can do it via Private Message too.

Do you have text boxes with citations in them?  it is possible those text boxes start with 1, 2 and then has 3,4,5,6 in them?

Resolution:  There was a textbox later in the document that used the first 3 citations in the same order as the document and then three more.  Solution is to remove the textbox and replace with a frame. Here are instructions for that: https://www.extendoffice.com/documents/word/733-word-insert-frame.html#a2