Problems after converting from in-text parenthesis style to footnote style, ended up with seemingly "double" set of styles

How can I fix this problem without having to delete all traces of EndNote formatting from my document and add the references from scratch? 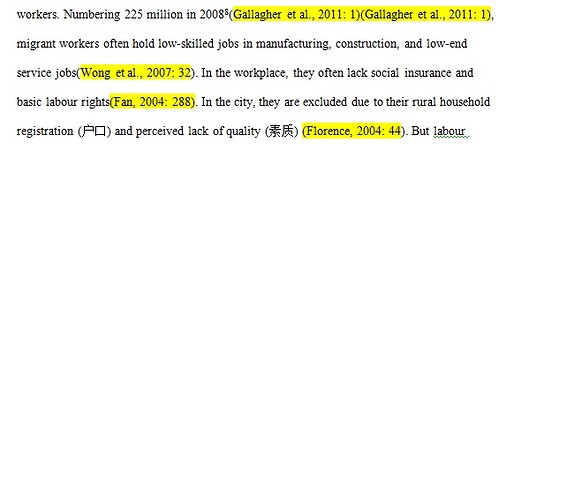 The whole way that one inserts in text citation versus footnotes containing citations is different.  Simply switching between the two does not automatically move the citations from the in-text position to the footnote.  Since the output style has no instructions for the the original in-text inserted endnote field, it “disappears” because the citation has no template.  However it is still there and Endnote will still reflect that citation in the Bibliography, even though it is invisible in the test.

Now did you then manually inserted footnotes (using Word) and insert the endnote citations again in those footnotes?

If you see the most recent post from a Moderator inthis thread - they do have some tools that can make this conversion, if you contact them.  However you might currently have a mixed bag. That thread also describes the differences between in-text citations, footnotes, endnotes and numbered styles…

I can explain what happened, but now sure how to describe how to fix this, although if I had access to the document, I think it is realtively easy to fix.  – When you switched to the footnote style, there is no in-text citation template, so the citations “disappeared” although they are still there.  There are macro’s that can convert in-text citations to footnotes, but it sounds like you are beyond that, having reinserted the new footnotes.

Unformating the document to the curly bracketed fromat will reveal the citations in both in-text (which are hopefully gone) and in the footnotes (which will still be there), so you will be able to tell if you deleted them.  – You should now delete the bibliography (which is now plain text too) then update citations and bibliography and see if the footnotes repopulate your new bibliography.