I previouslt posted this but think that it would be better in a new topic section.

I do not think you misunderstood, and have had still the same issue. I have installed EndNote X4, and could not set up CWYW preference from either EndNote or Word 2011. I have used this previous version in PC, and had no problem. I have opened up Word and Endnote and tried to set up CWYW from EndNotes X4. But it did not work. Even I could not select submenu bar from EndNote’s tool menu because the submenu is dimished. What is going on??? I have attached its screen shot (jpg) below. 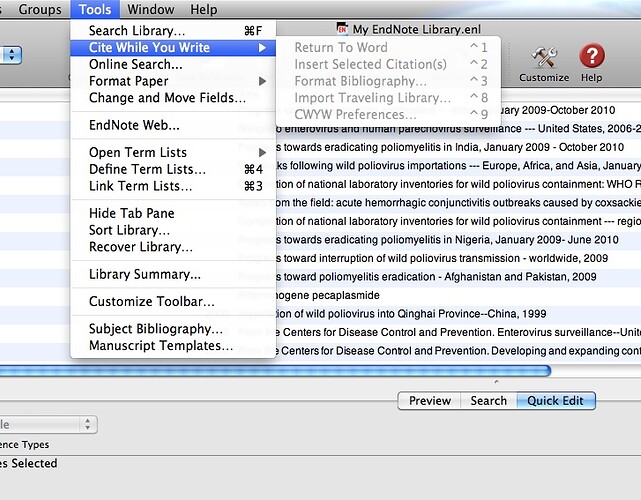